I Prodotti: Beers and drinks

Birra Moretti: a long history of quality since 1859

Luigi Moretti's "Beer and ice factory" was founded more than a century ago in Udine, in the Friuli region.
At that time, Udine was a sleepy little town, surrounded by stone walls that had been built by the local community as far back as 1350. Within those old town walls, the people of Udine worked hard for generations, intent on commerce and craftsmanship.
It was at an important time during the unification of Italy.

At that time, the whole of the Friuli region was still annexed to the Austro-Hungarian Empire and patriotic uprisings in the city were frequent. It is no coincidence that an Austrian garrison was stationed in the castle that dominates Udine, and that cannons were placed in the main square.
It was during this very climate of unrest that the then 37-year-old Luigi Moretti – in the same year as the famous battles of San Martino and Solferino – looking to the future with conviction and confidence, decided to build his brewery.
Born into a family of wealthy merchants, Luigi Moretti was at that time already familiar with wholesale trading in cereals, wine, spirits, foodstuffs and – naturally – even beer, which his family purchased from nearby Austria.
At the time his small factory was inaugurated, its founder certainly could not have imagined how it would grow in the future.

The first bottle of Birra Moretti was sold in the summer of 1860. Even if it looked a little different to today’s bottles, the quality of the product has certainly remained the same.
The machinery used then was extremely advanced for its time, just as that used today is also at the cutting edge.
From the 1990s on, Birra Moretti went from being a Friuli-based beer to a nationally-distributed beer, constantly growing and conquering new fans and admirers.

After 150 years of existence, Birra Moretti has crossed national frontiers

Today Birra Moretti is exported to over 40 countries around the world, including the United States, the United Kingdom, Canada and Japan and has won important international awards. In 2006 Birra Moretti was the only Italian brand to have been awarded both gold and silver medals at the World Beer Cup, the most important international competition in the industry. At the same time, it was awarded 5 other medals at the Australian International Beer Awards – a high level competition in the southern hemisphere – something which confirms the high quality of Birra Moretti beer.

For the Birra Moretti group, these awards are certainly triumphs, especially as it is the only Italian beer to have come out on top in categories that are usually dominated by German or American beers.

The story behind the label

‘One day, in 1942, the nephew of Luigi Moretti, the founder of the brewery, going out for lunch saw a pleasant-looking man sitting at a table in the Trattoria Boschetti in Udine. There was something unique in that man. He somehow was embodying the real values of his beer: authenticity, tradition, genuineness. Eventually Mr Moretti went up to him and asked if he could take a picture of him. When the man was asked what he wanted in return, the only thing he asked for was another Moretti beer. Since that day the image of that man is on every single Moretti label, reminding us where we come from and who we brew our beer for’.

When the billboard was sent out to Birra Moretti's retailers, many people thought they recognised themselves as the moustached drinker, proof that Commander Moretti had successfully chosen a "real" and genuine character.
Over the years, the role of the moustached man has been played by various actors and even by a famous artist, Bruno Bozzetto, who in the 1970s produced a series of cartoon advertisements with the Man on the Label as his main character, accompanied by his trusty Birra Moretti mug of beer.

And, of course, the story continues... 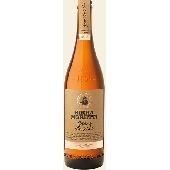 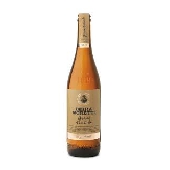 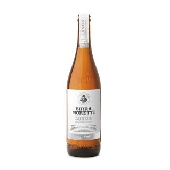 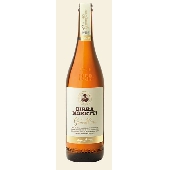